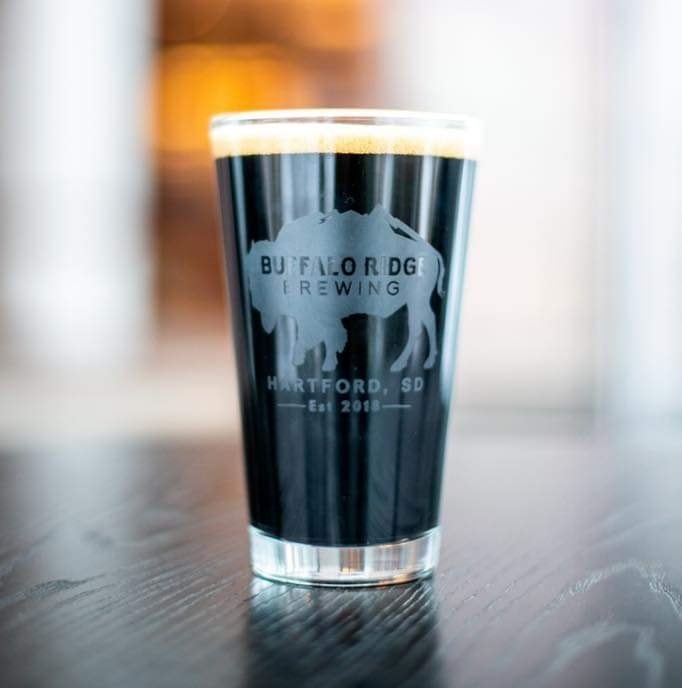 Craft beer has a long history, but its surge in popularity over the last few decades has resulted in the appearance of countless independent breweries across the country.

Phenomena like these often begin on the coasts and work their way inward to the heartland. South Dakota is now home to numerous breweries from Sioux Falls to Rapid City, and now, Hartford is finally able to claim its own craft brewery, Buffalo Ridge Brewing Project.

Owners Chris and Callie Tuschen and Damon and Krystal Sehr came together over a deep appreciation for craft beer and a passion for entrepreneurship. The couples were introduced by a mutual friend who knew that the Tuschens enjoyed home brewing, and the Sehrs were interested in starting a brewery or restaurant project.

Things moved quickly after the couples first met to discuss business ideas in January 2018. By June of the same year, they had broken ground in Hartford, and the brewery opened for business in November.

From the outset, they knew they wanted a location near Hartford, but they were initially looking outside of town. However, after a call to the city with some questions about distribution, Chamber and Economic Development Director, Jesse Fonkert, got involved and asked about the location.

The city had been looking for someone to bring a business to one of downtown’s empty lots for some time, and Fonkert saw this as the perfect fit.

“It felt like a partnership from the very beginning,” said Damon Sehr. “From the city council, to the economic development foundation, to the mayor, they made it evident that they were looking for growth, and they were excited to foster it. At the end of the day, it’s an amenity to the community, and they’re all there to support us.” 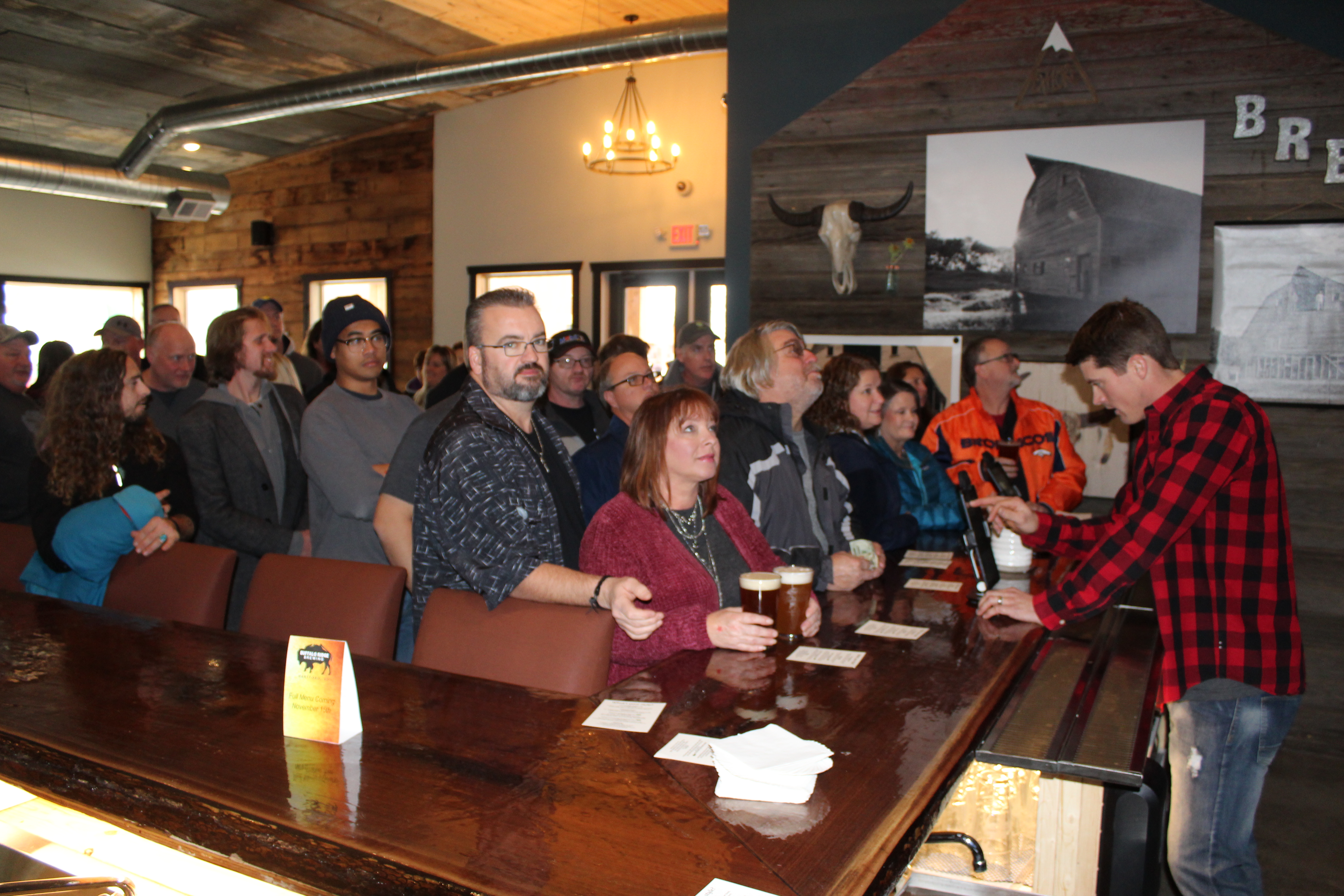 According to Sehr, it didn’t take much discussion for the two couples to get on board with the idea of the downtown lot.

“To be in a growing community, within walking distance from homes and other businesses, was just a better opportunity,” he said.

After they secured the location, it was time to bring the concept to life.

“We wanted the brewery to really have some identity, but all we had was a raw piece of land where we’d have to put up a new building,” said Sehr.
With help from many friends and family members and leaning on Sehr’s former experience in construction, they completed a lot of the work themselves. Both couples are well-traveled and have a strong appreciation for historic buildings, and they worked to pull in some reclaimed elements, including barnwood from a farm up by Colman and scrap metal from Krystal Sehr’s family farm.

When it comes to the beer, Chris Tuschen has it covered, thanks to a background as a manufacturing engineer and a passion for creating unique recipes.

Today, the brewery has 17 beers on tap, pulled from a constantly evolving selection. Since opening, Damon Sehr says they’ve brewed around 30 different styles, dabbling in everything from stouts, to sours, to West Coast IPAs, and Belgians.

“Our mantra is in the name of the company—Buffalo Ridge Brewing Project—because we like to think of it as a project that’s ever-evolving and always in that pursuit of growth,” said Sehr.

Besides quality beer, which Damon Sehr says was the number one priority, Buffalo Ridge also offers a light food menu, featuring small plates and appetizers like pulled chicken and pork sandwiches served on naan as well as chips and salsa, among other options. The menu was curated by Chef Tyler of Catering by Cleaver’s, and Krystal Sehr describes it as functional and tasty.

Beyond the menu, an inviting atmosphere and great customer service were paramount when it came to creating Buffalo Ridge.

“We have the opportunity for someone to come in and completely disconnect,” said Krystal Sehr. “You’re not there to stare at your phone or a TV, you’re enjoying time with people you’re there with, and we try to foster a fun, friendly atmosphere. You could sit down and chat with anybody.”

Additionally, Buffalo Ridge offers a variety of entertainment, from live music to monthly charity bingo events. Since opening in November, they’ve raised around $8,500.00 for various organizations through the bingo events. The community can also rent out the space for parties, rehearsal dinners, baby showers, or meetings.

The couples credit their success to the continuous support they’ve received from the community.

“That support was always there from the beginning,” said Krystal Sehr. “As the initial sticks of the building were going up, people were stopping in and creating excitement well before we even opened.” 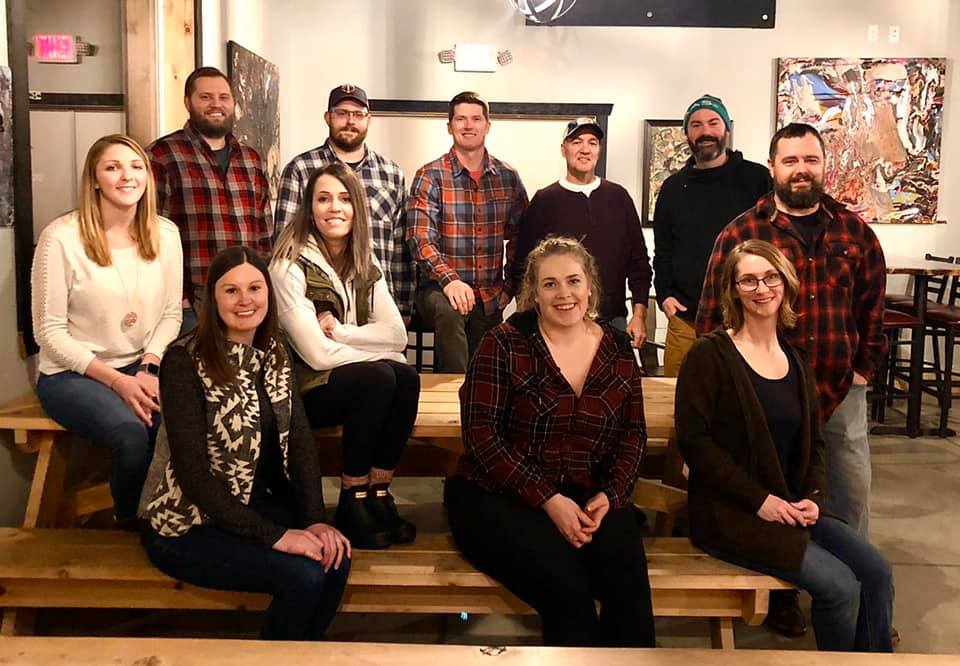 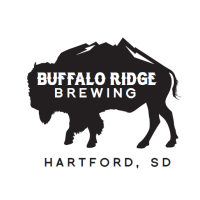